Our second “travel” day towards Colorado continued along the interstates, much like day one. We had by now become accustomed to focusing mostly on the flow of traffic on the right lane and less so on the speed limits. After all, our trusty GPS has indicated a max speed of 70mph to this point, and our usual travel speeds around 60-65 mph. As much as we both love driving, we are by now quite looking forward to spending time off the interstates once we get to Colorado.
Crossing the Mississippi has become a a bit of a landmark on on our western road trips, sort of a sign of our arrival in the Midwest.  This time, it was Robin’s turn to be at the wheel for the celebratory crossing. 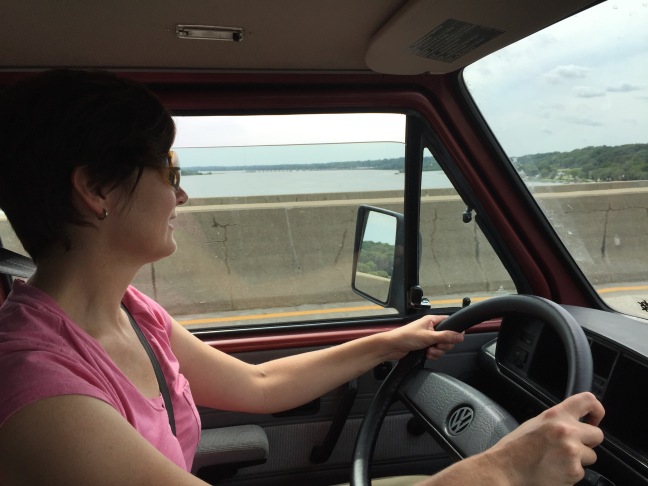 Clifford’s trusty 2.1L waterboxer is having to use most of its 90 or so horsepower to move us along at these crazy speeds. As a result, our average fuel economy is somewhere in the range of 15L/100km. Combine that with the approximately 55L tank, and fuel breaks every 300-320km are a rather frequent occurrence. This is somehow strange, for we are so used to driving our Touareg for about a 1000km before it requires to be refuelled. 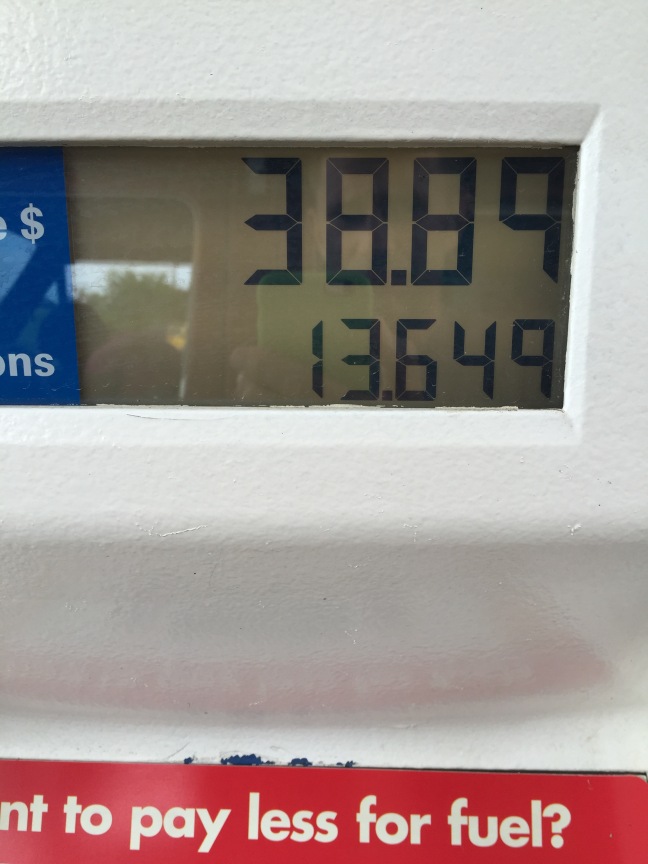 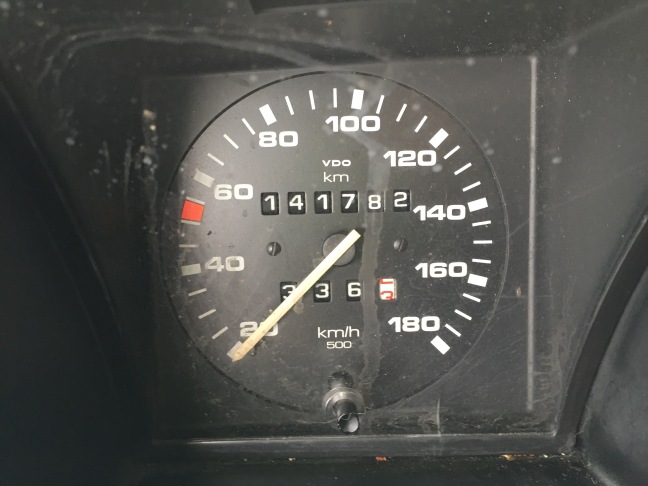 Bruno has settled nicely in his domain. The rear cabin is really his space while we are on the road and he spends most of his time napping. 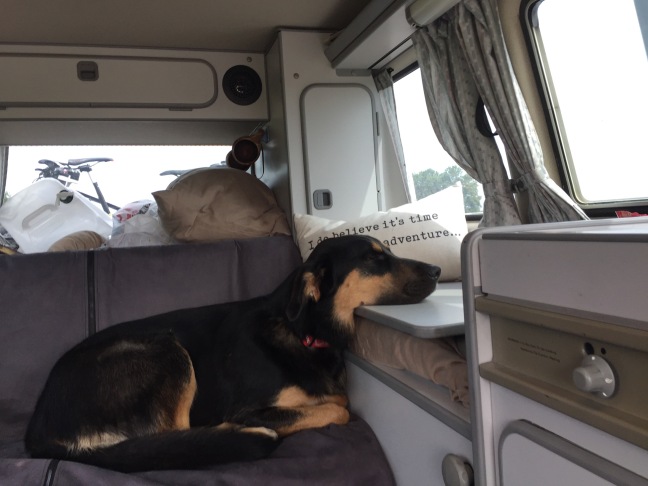 As a reward for his outstanding behaviour, we seek out mid drive dog parks for all of us to stretch our legs. Today’s dog park was in Iowa City, and it was 100% awesome. Acres of space, water stations and many other dogs to interact with. Bruno being Bruno, his interaction is usually limited to a quick greeting and an even quicker return to the frisbee retrieval game. 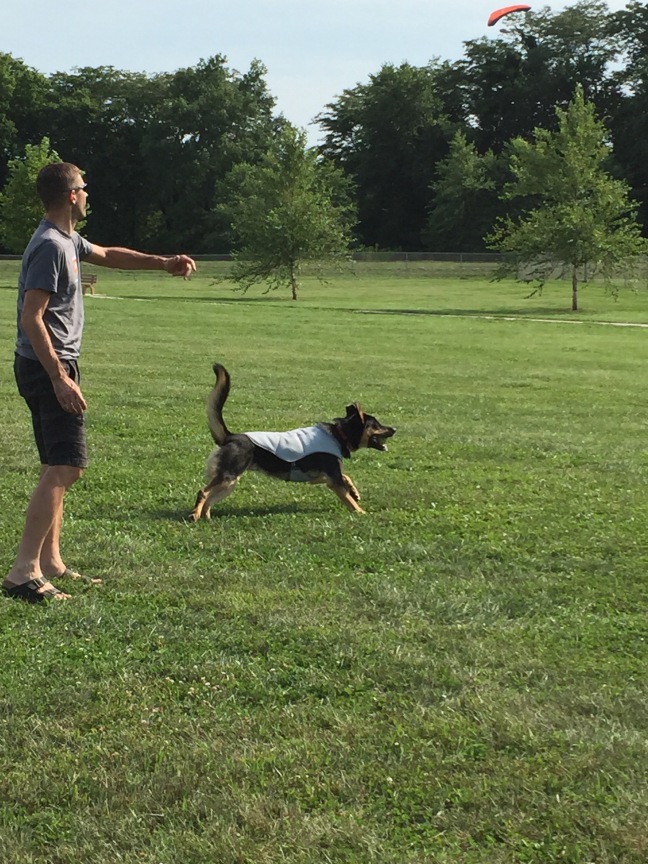 We finished the day’s drive just west of Des Moines, Iowa with a grand total of 728km of driving. A fantastic day of driving a nearly 30 year old van with no air conditioning. This being another quick overnight only camp spot, Robin had selected another KOA. The Des Moines KOA was spotlessly clean and our electric only campsite was far from motor home central and provided us with ample space, silence (except for birds, cicadas and thunder). 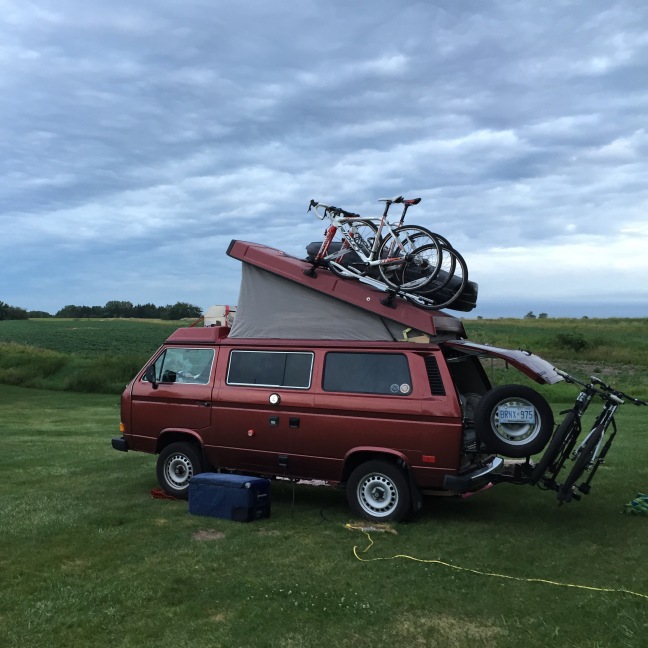 Speaking of thunder, the outdoor evening relaxation ended with us getting a very sleepy Bruno inside from the rain. Once inside, he quickly claimed his space. 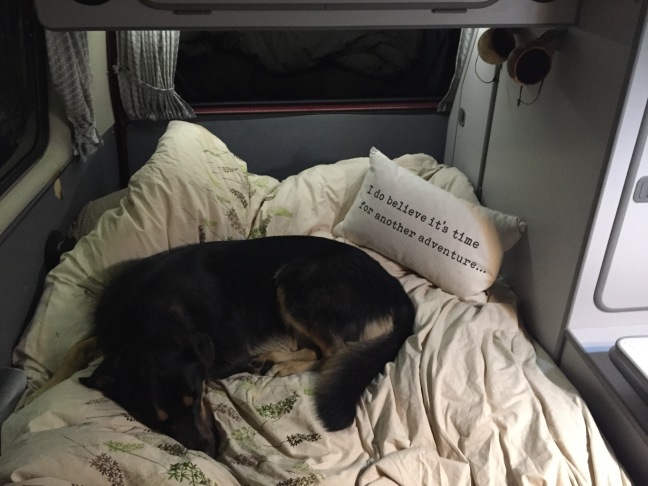 2 thoughts on “West of the Mississippi!”